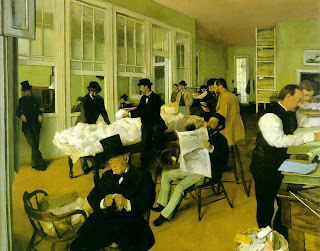 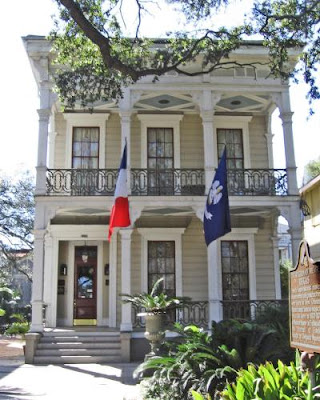 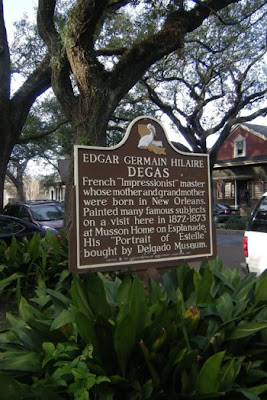 This past weekend I was having peace and justice meetings in New Orleans. Close to our meeting place I saw the Edgar Degas house on Esplanade Street. I didn't know that the famous French Impressionist painter lived in New Orleans. Sadly, I did poorly in my art history classes in college and wasn't particularly interested in Impressionism as a realist.

Edgar Degas' mother (DeGas), grandmother and the Musson family, Degas' uncle, were from New Orleans. He lived in the house from 1872-3. When the house was first built the grounds covered the whole block. The house was built in 1852 by Benjamin Rodriguez during the development of the Esplanade Ridge neighborhood prior to the Civil War. The Esplanade Ridge was a neighborhood of wealthy Creoles. Thriving affluence brought on a building boom in New Orleans.

My visit to New Orleans and the African-American communities most deeply impacted by the levee breaks during hurricane Katrina were stark reminders that the racism within New Orleans, as well as the US in general, continues to benefit the white, wealthy elite and oppress African-Americans who live there. That is my impression and it is not a pretty picture.
Posted by Leo Hartshorn at 6:39 AM